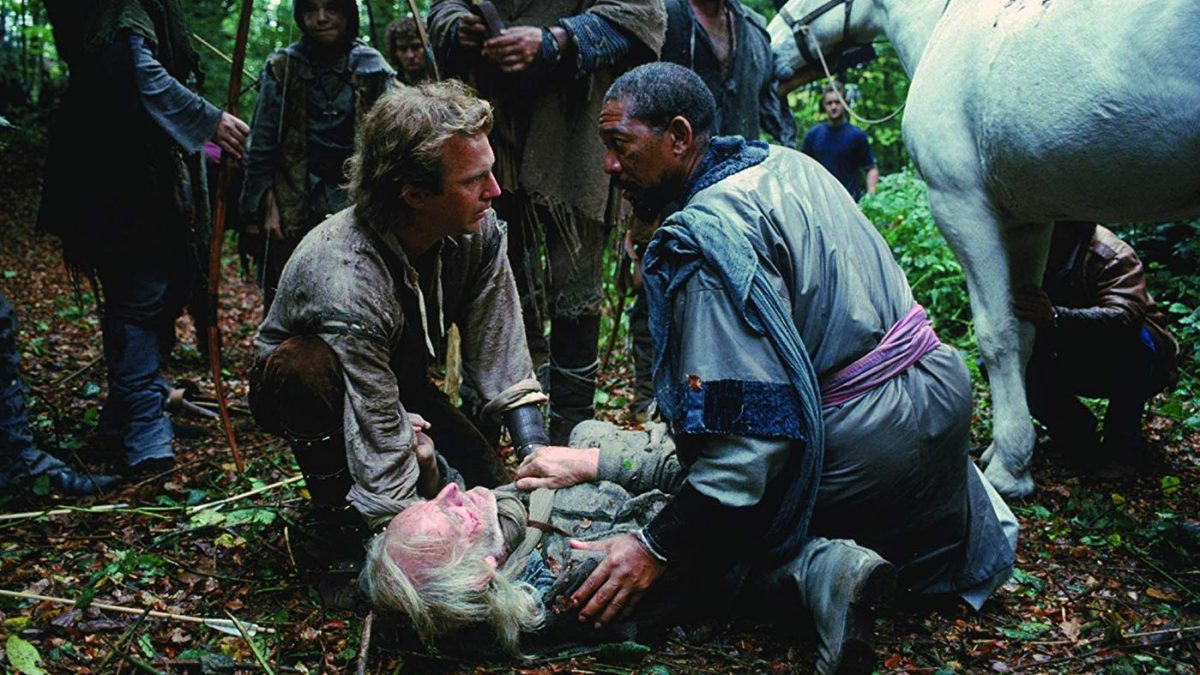 The movie starts with a Christian (Robin) helping a Muslim (Azeem) and thereby forming a bond for life. Seems in life all we need to work together and find our similarities is a common enemy. I personally can’t wait for the aliens to attack earth as then we are all just humans with a common cause making us finally all stand together just like Robin and Azeem.

Robin Hood is a timeless story of good versus evil. A story that is once again relevant in a world that needs it’s own Robin Hood because great heroes are scarce. We currently see the Rich growing richer and the income gap growing to new records every year. The 3 richest Americans hold more wealth than the bottom 50% of the USA population as a whole (and this in the greatest country in the world…).

We see courage in abundance in this movie but my favourite line comes from the blind man Duncan when he tells Azeem “point me towards the danger so that I can help”. I also enjoyed seeing Robin Hood using a telescope for the first time. It just goes to show that technology is a wonder and is only an advantage until everyone else has access to it after which it’s only another commodity.

The first lesson Robin gives his bandits is to stop fighting amongst themselves and to start fighting for what they believe as it makes them as strong as 10 men who don’t have a common belief. We then see how a leader can lead the average and make them outstanding. “Nobility is not a birthright but it comes from one’s actions” – Azeem.

The soundtrack features Everything I do, I do it for you by Bryan Adams. Although the movie received mixed reviews when it was released the soundtrack, on the other hand, was a resounding success. The song remained at number one on the charts for 16 weeks, which is still an unbeaten record even after over a quarter of a century.

Sean Connery makes a cameo appearance as King Richard and received 250 000 USD as a fee for two days’ work, which incidentally, he donated to charity. Well done Sir Connery.

It’s not the best movie ever made but it’s a wonderful family story that teaches us some relevant lessons and keeps the legend of Robin Hood alive. It’s easy to be critical of the ascents and the historically incorrect facts or that Robin Hood didn’t wear green tights but it’s a lot more fun to simply enjoy it. As Azeem says “There are no perfect man just perfect intentions”. I guess it goes for movies as well and although Robin Hood – Prince of Thieves is not perfect it’s still a good way to spend 2h35 minutes of your life. Personally, it’s taken 10h20 minutes of my life so far and I can only hope that I have at least another viewing in my lifetime. “Godspeed”