While on my holiday Down under (Australia), I decided to watch some of the Australian classics. Top of the list was Crocodile Dundee staring Mike Dundee (Paul Hogan) and the beautiful new York reporter Sue Charleston (Linda Kozlowski). This movie did for Australia what pretty woman did for call girls it made us love them. After watching this movie you want to go live in Australia or at least date an Australian. It was the best advertising ever for Australia especially in a time that it was mysterious and Australians were few.

The financial numbers were impressive too as this movie cost under 8 million to produce and grossed over 320 million. There are many memorable lines, actually too many to mention as you could easily list 30. A thinking point was when he mentioned that he didn’t know when he was born except that it was summer and again when he didn’t know what day it was as it doesn’t matter in his life which day it is. As his friend Walter in the movie says “lucky bastard”.

Currently, I have been lucky enough to be in the same situation as we are doing our own walkabouts around the world and it really is a privilege when we loose track of which day it is. The movie shows us some beautiful sunsets in Australia and then takes us to the breathtaking skyline of 1980’s New York with the twin towers standing tall.

It made me compare the bush and all its splendour to our great cities and all their wonders. I can only imagine being Dundee and seeing NY for the first time just as I could imagine a City sleeker seeing the bush. They are both amazing in their own special way and both need to coexist if we have any hope for the future. As I travelled the world I must admit I actually visited cities that impressed me more than a modern day New York but nature on the other hand was suffering in some of the most remote places and it needs our help.

Mike, also believes you should have mates (friends) and that personal skills of saying “Good day” still takes you far in life. The truth is that he is right, it does so make friends and say hello and thank you no matter how large your city is.
An interesting fact is that the two co-stars got married about 4 years after this movie and that the marriage lasted for 24 years.

This movie is best watched with the family as many laughs will be shared. It’s great fun and not a movie that would be noticed today as we expect more realistic looking crocodiles and even heros.

Enjoy it and go on a walkabouts yourself. Mike’s secret is that he keeps life simple. 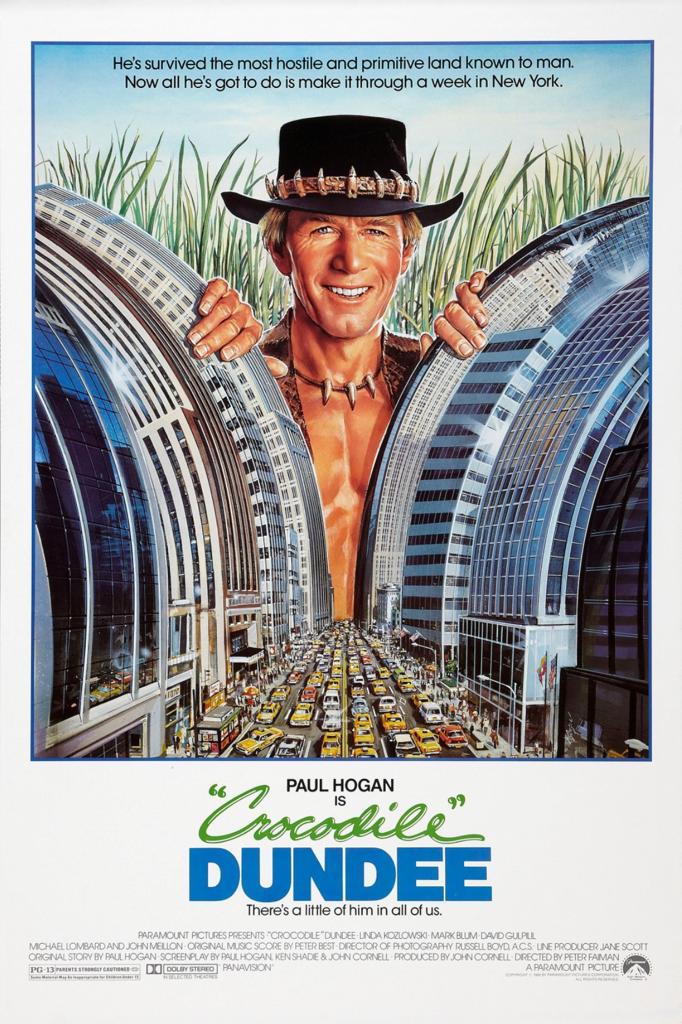