I wonder if there is anyone who has not seen this show? Just saying the name automatically brings the theme song to mind together with the words “tonight on murder she wrote”. The star of the show is Jessica Fletcher (Angela Lansbury) an author of murder mysteries and wherever JB Fletcher goes a murder follows closely.

These murders seem to happen in the most natural ways. The truth is that I love this TV series which came on week after week during my most crucial teenage years. I loved trying to solve the plot firstly by trying to identify who would be the murder victim and then working out the murderer. JB Fletcher would use her intuition, detective skills and a six sense to workout the who, why and how of each murder.

The series never got old and always managed to grab my attention by the use of interesting characters, local sheriff’s,  young nephew and her network of friends. We always know that Jessica is a step ahead of all the law enforcement officers no matter where in the world we travel with her during the various episodes and ultimately back to Cabot Cove. We become her biggest fans as she outwits the culprit during each masterful episode. One of my *favorite episode is Season 6 episode 9 (Test of Wills)* .

The movie manages to be sexy, violent and mysterious in the most innocent ways never using bad language or any explicit scenes. It’s simply pure clean fun and for this Jessica is my Hero, with those strong stares and big blue eyes.

It shows us how focus, experience and observation skills which Jessica has in abundance can obtain the desired results. In our own lives we should learn from Jessica by listening, observing and trusting our six sense to make wiser and more informed decisions. It’s great that I can still watch this series with my children and converse with them on who we think the killer is and normally we get it wrong !!!

In real life Angela Lansbury has achieved immense success in the entertainment industry but even more so in her everyday life by contributing to charaties and becoming a Dame Commander of the Order of the British Empire. Today at 93 she appeared in the new Mary Poppins movie and is still an active member of society. This only goes to prove that when you find your passion you never need to retire or give it up. Instead you keep giving back to that cause or passion and this blessing will keep you happier and alive for longer.

Jessica, always exhibits friendship, strong values and solid beliefs in every episode by always believing in people until the facts prove otherwise. From this show we can also conclude that we are responsible for our own choices and the consequences that arise from them, we cannot blame others. Jessica is a constant and definately someone her friends and family can count on. I would strongly suggest that you *find your own Jessica in your personal lives as true friends are special* . Secretly I must admit that I have always had a strange kind of crush or maybe an admiration for Jessica, probably because she is a positive and intelligent woman and those must be the most attractive of traits. *I can only hope that as I get older, that I will remain as sharp, quick witted, good looking and as wonderful a friend as my dear Jessica ……* 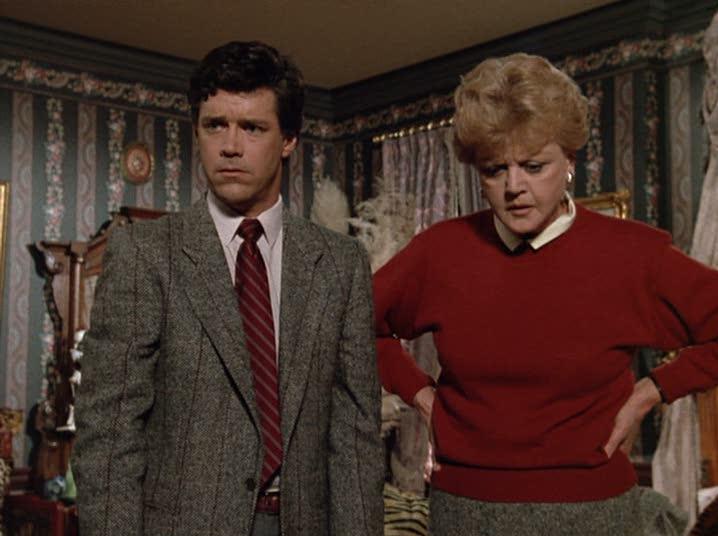